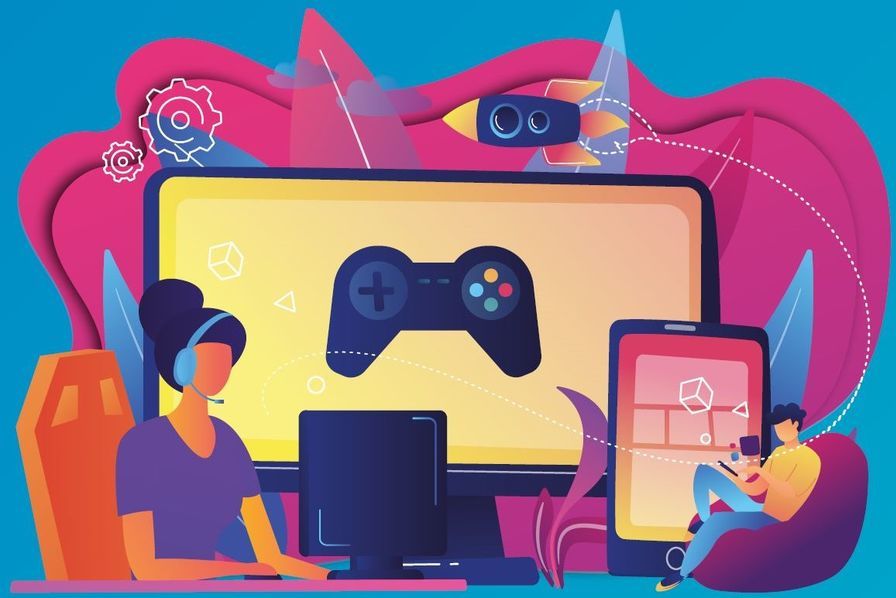 The gaming industry is one of the largest and newest markets in the world. Numbers in the sector have skyrocketed in the last couple of years due to the COVID-19 pandemic. Video games have become extremely popular among children and teenagers, but also many adults have succumbed to the fast-growing video game world. Generations grow with video games and keep on playing as they reach adulthood. In the UK, the industry has reached a record 7.16bn pounds in 2021, representing a 2% increase. But why the success? With a wide range of games and consoles, you can play any type of game on your iPhone, computer, Play Station, Nintendo… Making it comfortable and adaptable to any type of player. Among the most lucrative games recently are: Minecraft, Grand Theft Auto V, Tetris, Wii sports… And the leading countries in the record-breaking gaming industry are Asian countries such as China, Japan and South Korea, but also the US, Germany and the UK… The reason of this worldwide success is of course the distribution of games adapted in countless languages around the world. The process of translation and adaptation of a video game is called localisation. Without it, all these famous games would not have managed such high numbers and in some cases would have never left the borders of their original country.

Before a game is sold, it has to be localised. In other words, adapted to a larger public in order to cross borders. Video games can sometimes have an important cultural content, have references and terms that are specific to the original country, therefore need to be translated and adapted to the receiving country. All the steps leading to the sale of a video game are long and equally important. Not only must the video game be created and recorded in the original country, but all these elements must be changed to all the other languages of countries the game wishes to expand to. This means written content, dialogues, guidelines, images must sometimes be changed when the cultural element has been adapted, but also in-game dialogues. Some video games contain real dialogues that have been recorded by famous sports or television stars. These dialogues’ translation must be recorded in the receiving language, even though the characters in the video game were designed while speaking in another language. This means, that not only must the actual words be translated, but also correspond to the speed of the original language’s speech.

There are essential steps in the translation process that the video game developers must include. Firstly, the translation of the text and properties is when the translators do their work. Secondly, editing and proofreading in order to verify the quality of the translator’s work. Thirdly, the integration of this translated content to the game, and country or regional adaptation. This can be very tricky because each country is so different, for example in order to sell a video game in Australia, all references to alcohol and drugs must be cut. In China, all elements related to blood, skulls and religion must be cut. And lastly, include the translation of marketing elements (marketing translators are advised for this step) and in-game dialogues, which implies finding actors in order to play the dialogues accordingly.

Translating/ adapting video games is essential for them to be sold in countries from all around the world and achieve success. In a globalised world, opening products to markets outside of their national borders has become crucial.

At LinguaTrans we are aware of the specificities of this type of translation, which requires a perfect control of the receiving culture and language, but also a flawless knowledge of video games and technology.
That is why we have the most qualified experts in video game localisation, in order to ensure the best quality service. Feel free to contact us if you need any information. You can also check our rates or ask for a free quote without obligation.