Interpreting for interviews and negotiations

You Are Here:
Home
/
Interpreting for interviews and negotiations

Interpreting for interviews and negotiations 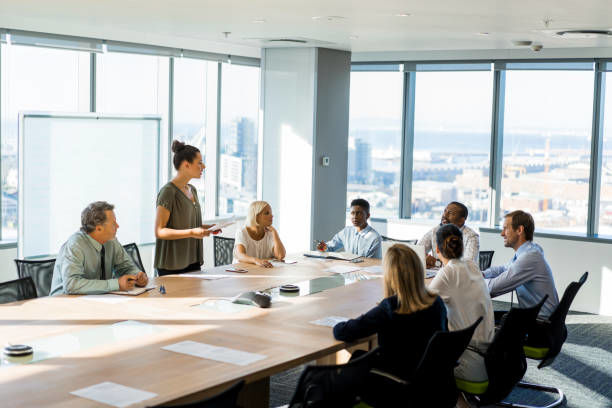 An interview is a meeting between two or more people or groups who meet to discuss a specific topic. There are several types: for example job interviews or business meetings between associates or partners. They can take place during a commercial negotiation between two companies seeking to work together, to discuss a particular issue, or to share a market.
A negotiation aims to reach an agreement and close a deal. In order to achieve this, each party must be willing to make concessions to reach a consensus. This enables cooperation, coordinating one’s actions with the other actors involved in a given situation, but also, in some cases to resolve an ongoing conflict.
Therefore, a negotiation requires clear and precise communication between the negotiating parties in order to achieve this objective without any added difficulties. In a commercial or professional context, a negotiation concerns the different companies’ interests and their respective long-term strategies.

For this reason, in the context of an increasingly globalised labour market and an internationalisation of business, job interviews can bring people from different backgrounds and languages to communicate. The interpreter’s role is therefore fundamental in mediating and facilitating communication between the two parties.
In this type of situation, several types of interpretation can be used to translate the discussion.
Firstly, consecutive interpretation: it consists of relaying one of the parties’ speech once the speaker is finished, taking notes if necessary. This, unlike simultaneous interpreting, does not require specific equipment, it does however extend the duration of an event or interview due to the interventions of the interpreter.
Liaison interpreting can also be an option, it is more dynamic for interspersed and interactive discussions and dialogues. This technique enables more fluid communication between the groups involved. The interpreter translates from one language to another, both ways.
The last technique is chuchotage, it can be used in meetings with larger groups where only some members do not speak the same language as the majority, in order to translate information to one or more people who do not understand the language. This method requires relaying the speech in a low voice, since it is done simultaneously and only one part of the audience is concerned. Therefore, the duration of an interview is not extended, avoiding the interpreter’s interventions creating an interruption in the discussion.

Interpreting international interviews and negotiations is crucial to enable markets to grow, having new employees work from abroad or collaborating with companies from around the world.

At LinguaTrans, we know the difficulties this type of translation involves. An interpreter must show a flawless knowledge of both languages, and, unlike other types of interpretation, must translate from one language to the other and then the other way round, which requires a particular level of fluency. Moreover, especially during negotiations and interviews, the interpreter must know how to be inconspicuous and let the discussion occur without having the impression that there is a mediator to connect the two parties, while at the same time relaying the implicit meaning expressed in a conversation. An article by Frontline Negotiations details this complicated process in the area of humanitarian negotiations. That is why we have the most qualified experts in interpretation for this type of event, in order to ensure the best quality service.
Feel free to contact us if you need any information. You can also check our rates or ask for a free quote without obligation.