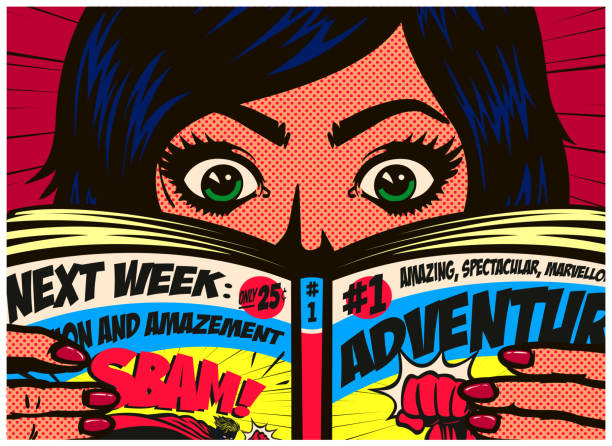 Who hasn’t heard of Batman, Spider-man, Superman, X-men and many other Marvel or DC comics books? This multi-billion industry has reached the hearts and minds of people from all around the world through the movies, but first, they were successful and sold in large numbers as comic books.

This genre consists of a book containing drawn pictures following a story with included written dialogues taking the form of speech bubbles. They have become a worldwide phenomenon for several reasons. This type of literature reaches a very wide public because the little written content and beautiful artwork attracts people who don’t usually enjoy reading, teenagers, children and youngsters suffering from behavioural problems. But, it also attracts the attention of adults and students because of the wide range of types and subjects. Fantasy, superhero, horror, romantic, history, and many more, sparking the interest of not only several generations but also fitting the preferences of many people. The spreading interest in comic books has led to the production of large budget movies such as The Batman Series, world famous events such as Comic-Con, originating from the US which has now similar events in countries all around the world, the UK event is known as the MCM Comic Con. Video games related to the Marvel or DC world also reach great success among fans. However, the key to such a widespread industry is the translation and adaptation of these books to many languages. Most countries in the world count comic book stores filled with stories in their own languages, most of which were translated.

This type of translation is therefore absolutely essential to the success of a comic book. However, it is a very complex task and only specialised translators and experts who have flawless knowledge of the different worlds, vocabulary and stories can translate them. Moreover, this genre is known to contain many inside jokes and links to other comic book stories. The omnipresence of onomatopoeia, the structure of the pages with speech bubbles designed to fit the original text have to be adapted. For example, the English language is famous for its compacted and simple structure, this is not the case of all languages. For example, languages such as French, Spanish etc. use many words to say the same thing, making it tricky to fit a longer text in a smaller speech bubble. Other elements such as content that is not accepted in some countries involves having to cut some images, which changes the whole structure of a page. People’s interests can vary greatly from culture to culture.

Comic books can only make people from all around the world dream and love when they are properly adapted, remaining faithful to the original language and story while keeping the target country’s readers hooked.

At LinguaTrans we are aware of the specificities of this type of translation, which requires an extensive knowledge and control of both the cultures and languages of the countries involved and the comic book world.
This is why we have the most qualified experts in comic book translation, in order to ensure the best quality service. Feel free to contact us if you need any information. You can also check our rates or ask for a free quote without obligation.